Last summer Goose Island Brewery held their annual Migration Week celebration in Montreal. During this event they brought over some of their special beers to celebrate the glory that is Goose Island brewery. Goose Island Brewery is known in the craft beer community as the pioneers of barrel aged stouts of which their most sought after beer is the Bourbon County Brand Stout and its many variants. You could say Goose Island was the first to introduce ageing beer in barrels previously used to distill bourbon, and in turn starting a revolution that would not stop turning and would became a staple in the craft beer community. It is common place now to hear some one say “This is a barrel aged beer, aged in X barrels for Y amount of time.” A great documentary showcasing the history of this critically acclaimed beer can be found Here. For beer drinkers Black Friday, the day after Thanksgiving in the United States, is a special day because every year on that day this beer is released among its other variants. Normal people get televisions sets from Best Buy on a crazy discount and trample over each other causing utter mayhem. But, the beer drinkers line up in an orderly fashion, with smiles, warm and friendly hearts and eagerly await their turn to get their hands on some delicious brew. But the lovely story of Goose Island changed for us all in 2011… 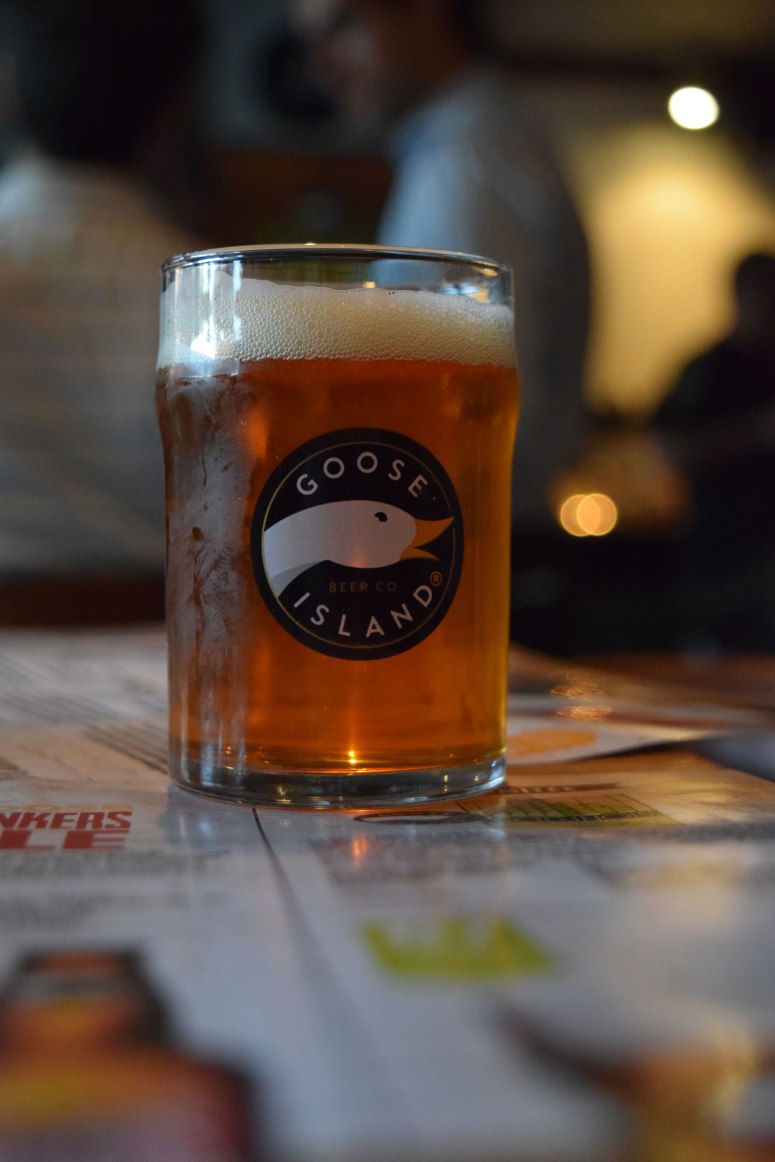 Recently Anheuser-Busch InBev SA/NV, or for short AB InBev, has been making acquisitions of smaller independently-owned craft breweries. Along with AB InBev other large corporate breweries have jumped the bandwagon as well. Goose Island Brewery was taken over by AB InBev in 2011, one of the first but not the last. Since then there has been a sad turn of events continuously in the craft beer community. Just recently AB InBev bought over a fan favorite Wicked Weed Brewing, and there has been a large backlash against Wicked Weed over this acquisition. Most breweries have pulled out of Wicked Weeds yearly event Funkatorium, and just the next day Lagunitas Brewing sold its remaining 50% to Heineken. To really stick a knife to this whole affair AB InBev currently owns a small hop farm in South Africa under SABMiller (partner of AB Inbev) and they pulled the supply of the hops from this farm to independent breweries in North America.

The matters get worse and worse, not only have these acquisitions been taking place almost every month, but it seems every morning I fear to check my phone due to hearing another heart stabbing acquisition of Ab InBev Fuck*ry. Another surprise news came when back in February Good Beer Hunting founder and creative director, Michael Kiser teamed up with Pitchfork, funded by ZX Ventures, Ab InBevs Incubator and venture capital fund, to create a new website that revolved around beer. Read more about that at We are Brew Studs. And to really dig the hole deeper, Rate Beer has been the next in line to sell their soul to the devil, selling a minority stake to ZX Ventures. ZX Ventures is just a name, the company behind it 100% is Ab InBev, so disguise it how you want, you partner with ZX Ventures, you are partnering with Ab Inbev. Sam, from Dogfish Head has plenty to say on this matter Here. It seems like it is a resurgence of the 1930s blues scene, Robert Johnson (Artistic genius), the devil (Ab InBev) and the Crossroads (Location to sell your soul) has been occurring in the craft beer industry. There are definitely some mixed feelings with certain people as far as these acquisitions go, most drinkers and especially certain craft breweries shun upon the acquisition of small craft breweries. It is not about selling out, it’s about the destruction of local produce, local markets, local business, and much more. When smaller craft breweries are bought over by corporate breweries, the impact it may have is extended further than just affecting other craft breweries, it affects everyone else that is connected to those craft breweries. Those include but are not limited to local farms, local businesses, local people, local economy, local tourism, and so on. Its effect is further than most people can possibly comprehend. I am completely against it due to those reasons. I do hate that my favorite breweries are slowly being bought out by larger corporate breweries. But I do still enjoy good beer, granted I don’t always drink AB Inbev beers, but it can be a guilty pleasure sometimes, and why not enjoy a Goose Island IPA over a Budweiser. Hell I am paying the same corporation anyways. And I tend to drink their beer less and less, but I am in no way a person who will never have it ever. Have it less and support independent breweries more. Dude! 100%! Do I support local breweries? 100%, 90% of my yearly beer spending is on independently owned craft breweries.

There is also a part of all this which most consumer may not consider. The bottom line fact is that Ab Inbev through its control of the market, tends to give craft breweries no choice but to be sold away to them. Also for craft breweries to grow they require funding and capital, which unfortunately, the easiest way is to partner with Ab Inbev. There are many other ways craft breweries that wish to expand or increase income can manage, and I am sure there is a future that is slowly growing in that department. Maybe we just need to take a few hits for us to inevitably come up with newer solutions for the market as a whole which will benefit everyone in the craft beer industry and keep Ab InBev out. But until such time the true reality of things is that some breweries want to sell and are willing to. For their own reasons, for capital, for expansion, for growth. After all it is a business. Money is important in life for survival, for education and so on. I do not think any passions are stubborn enough to realize that money is a large factor in our lives. If I were in that position where I could increase my income by 2 or 3 times, the first thought in my mind would be my family. Not the fancy clothes, cars and large houses and all that useless immaterial stuff, but the main reasons we put an importance on money, good education, a comfortable home, health, and the ability to travel to grow as an individual and to understand new cultures and more importantly giving back to those who need it more. So when breweries decide to sell for financial reasons, it is an understandable fact. This is why I’m not in the business of boycotting, but I do lean majority towards spending on independent breweries, for few simple facts, they need our funding to keep going, and the beer is bloody delicious. And you can’t deny the true facts and the damage a buy out can present to the locals and the craft beer industry.

So I was invited to this event during Migration Week to a private food pairing / beer drinking event and it was a warm welcome, great friendly people and some great beer. There were a lot of great beers that were consumed with some very good accurate food pairings. Do I hate on Ab InBev and their destruction of the craft beer world? Yes. Do I drink beers owned by Ab InBev less and less. Most definitely. But hey free beer? Heck yeah! I would like to maintain a standard for my blog and that does not include corporate owned breweries. No bad blood against Goose Island, I am not saying to boycott their products, nor am I saying that I will not consume their products. Goose Island brewery is an important part of the craft beer history, and they deserve their due recognition. But over the course of the last few months and the fuck*ry that Ab InBev has done and continues to do to independent breweries, I have had a change of heart to cover any Ab Inbev products on my site. Have not yet, and never will. My words are best kept for the small independent breweries which I support and will continue to support and whom truly need it. I wanted to write an article after an honorable invitation to this event last summer but the course of the last year has left a bad taste in my mouth, and I never really got those interview questions from the friendly fellow who handed me his card. So instead I leave you with these few words against a Titan giant who continues to f*ck us all in the way that they do. Why do we all hate Ab InBev this much? Because they take away family businesses, because they destroy everything we stand against, because they find the weaknesses within breweries and exploit them for their own benefits, because they use their wealth to keep us quiet and because they use their market dominance to affect craft beers growth. Sorry to say but this means war, I may still on rare occasion drink your products, but I will not advertise fake craft beer on this blog.. Respectfully. Oh and did anyone watch that sad excuse of a beer show on Viceland? It was called Beerland and was centered around Meg Gill, owner of Golden Road Brewing, (Ahem ahem, owned by Ab Inbev), well.. it was a sad excuse for Ab Inbev to try to advertise their craft beer to the world. Shots fired… I still love you Goose Island, but I just can’t even.