He did no marry and had no children. The end. 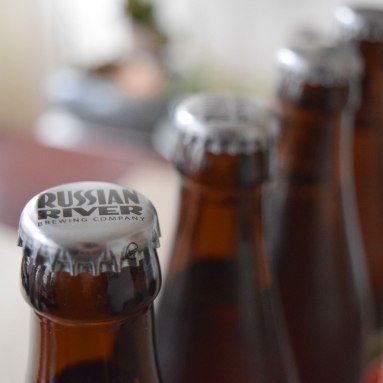 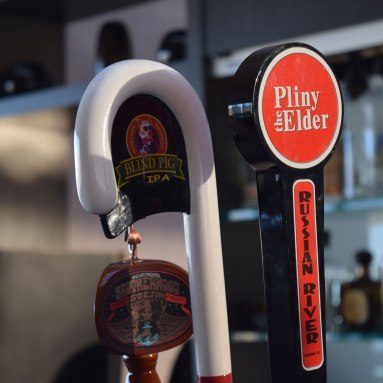 But for reals, Pliny the Elder has something special happening. Brewerd by Russian River Brewing from quiet serene Santa Rosa, California far in the north from San Francisco Bay Area, this DIPA has some amazing characteristics that combine together to give us one hell of a beer. The hype around this beer, like many other beers, borders insanity. Although nowhere near as hyped as Pliny The Younger which currently can be found at the brewery for a short two weeks and boasts to be the best beer in the world, Pliny the Elder still it holds strong as one of the top beers on the market. That of course varies from drinker to drinker. I personally love it, but many others have said although it’s a great offering but certainly not the best DIPA, and to a certain stretch I do agree with them as well. This beer has just reach the top of my list of personal favourites. For me one the many hyped beers that actually lived up to the hype, even though Pliny the Elder passed away some odd two thousand years ago. Excuse my humour.

This DIPA is dry hopped utilizing Simcoe, Centennial and Columbus hops. This is not a very hop forward, tropical DIPA by any means. Mainly due to the three hops used, Simcoe and Columbus both sit on the higher end of the Alpha Acid percentage and Centennial sits in the mid aroma region. Simcoe does have notes of passion fruits, but is also an earthy / piney hop, Centennial has some citrus notes, but more in the medium intensity range and Columbus is mainly used as a bittering agent. Both Simcoe and Centennial are dual puprose hops and Columbus has overtones of citrus thus giving you Pliny the Elders staple flavour. A very very well balanced DIPA, not too tropical but not too bitter. A little bit of both and a very smooht easily drinkable DIPA. 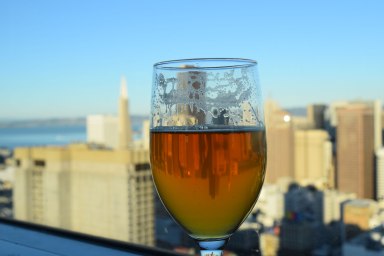 I was able to bring back four bottles of this fantastic beer with me. The beers were bottled on December 23rd 2015 and picked up in a very drug deal manner from behind the cheese counter at a Whole Foods Market. Most where had fresh with in two weeks of bottle date. But I saved the last one to see how it would compete on a more aged level. The last bottle was consumed on January 29th putting it at about five and a half weeks old. Most IPAs can fair well within the 6 week range, and although they do still lose some of the hops, are very drinkable, if of course kept in the fridge at adequate temperatures. There are some IPAs that really don’t last past three or four week, after said time frame their hops have noticeably depleted. The Pliny at five weeks fairs quiet well, the hops have depleted a tiny bit, and some of the malts have become more prominent, however, all things considered it still taste very fresh!

This beer aims to pay homage to Pliny the Elder (the man, of course not to itself that would be cocky) and has been one thousand nine hundred and thirty seven years in the making and is Wife approved, and she doesn’t even drink beer.

Pliny the Elder was a Roman naturalist, scholar, historian, traveller, officer, and writer. Although not considered his most important work, Pliny and his contemporaries created the botanical name for hops, “lupus Salictarius”, meaning wolf among scrubs.” Hops at that time grew wild among willows, much like a wolf in the forest. Later the current botanical name, humulus Lupulus, was adopted. Pliny died in 79 AD while observing the eruption of Mount Vesuvius. He was immortalized by his nephew, Pliny the Younger, who continued his uncle’s legacy by documenting much of what he observed during the eruption of Mount Vesuvius. This beer is an homage to the man who discovered hops and perished while being a humanitarian

Would you wait in this for a taste of Pliny The Younger?