Best new comers Brasserie Maltstrom have created some class beers that have given already old established breweries a run for their money. And I am super excited, along with many others in the community in Quebec, to have been able to drink some of their beers. From their IXPL to their IXXPL to their Farmhouse Blanche, all their beers have set a certain standard for me and all have been an absolute delight!

I was lucky to head to the brewery and pick up some of their RIP Stout as well as recently was able to snag a bottle of their IXPL aged in oak barrels. Since then they have had some more new releases, but unfortunately I was not able to snag some!

This beer uses the base of the IXPL which is then refined in barrels of Sauvignon Blanc with two strains of wild brettanomyces and then dry hopped with galaxy, nelson and mosaic. The result is an interesting dynamic version of the IXPL. I love when bretts are used in a manner where they do not overpower the flavors. Some beers tend to get to over board with bretts and it doesn’t settle well with me. But when bretts are used right, it is a whole new world. 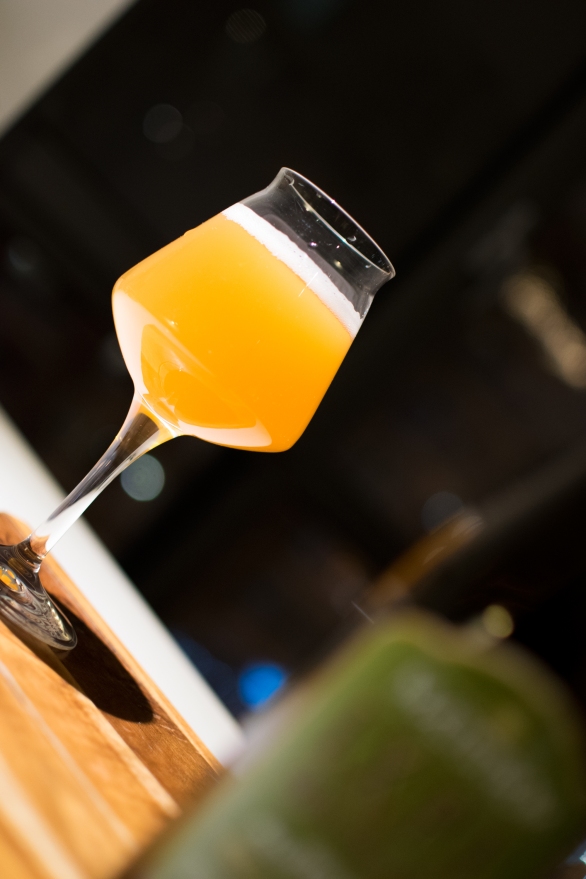 On the nose the oak explodes as it does on the taste. The Sauvignon Blanc adds a great spicy tannic quality which along with the background of hop characters really meld well. The white qualities of the barrel really go well when it comes to the type of hops utilized. The bretts are used in a manner to add to the beer rather than take away from it, and it adds just a little bit of funk to it and a hay, barnyard character. The combinations of each and every ingredient align perfectly, like the planets during a planetary conjunction, they do a celestial slow dance.

I waited a while before getting to this beer. Only having it a few months ago but purchasing it when it was released quiet some time ago. There is a recent batch which was released in bottles this time, which would be interesting to get my hands on.

The aroma to me was a bit rustic and strong. Not sure if it is the age, or maybe something else. This beer was liked overall in the craft beer community and I am not aware of any infected issues with this beer. It could also be a little bit of palate fatigue potentially. But overall I find this beer really strong and not getting much of the other characters. Due to this I am not able to say much about this beer. But I can take a moment to talk about two occurring problems in the beer community currently. Which I am guilty of way too many times. Waiting too long to drink a beer because it is barrel aged and buying too much beer! 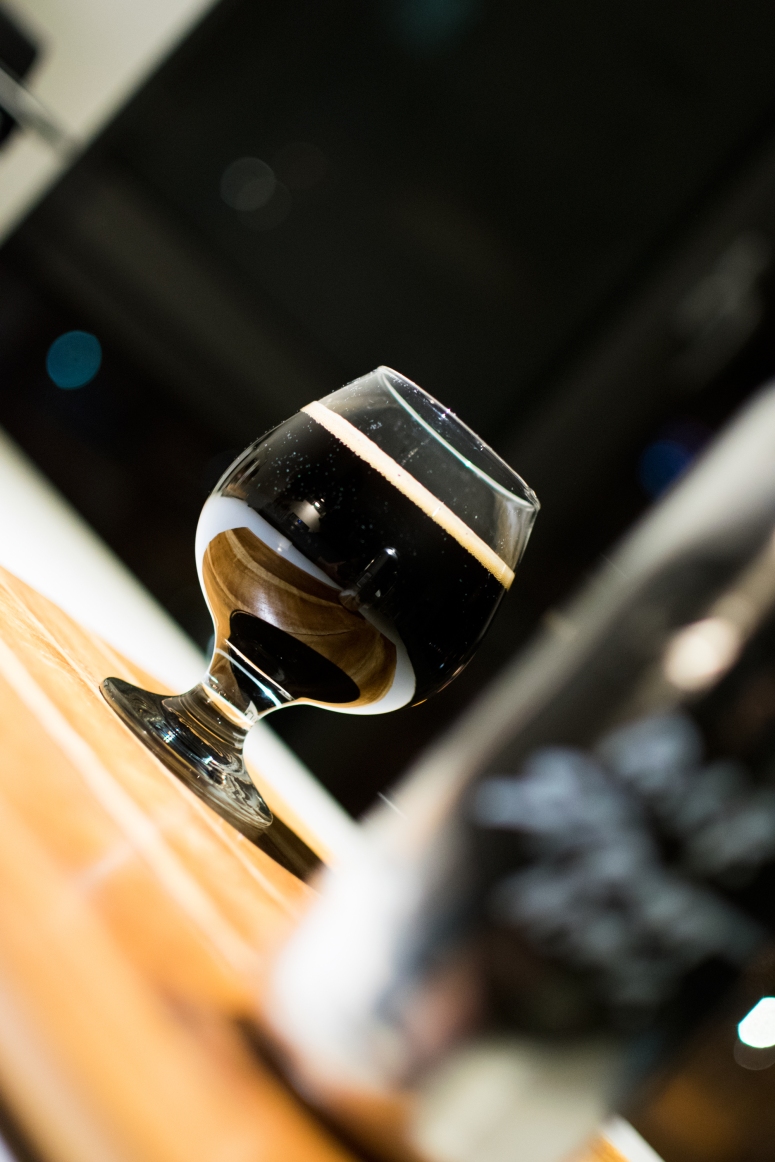 I like many have a tendency to purchase too many beers at once, well, because there are too many new beers and releases. Then you find your self in the position to prioritize what you consume. Hops first, then the rest. By the time you complete the hops, guess what. More releases, more hops. Cycle repeats. 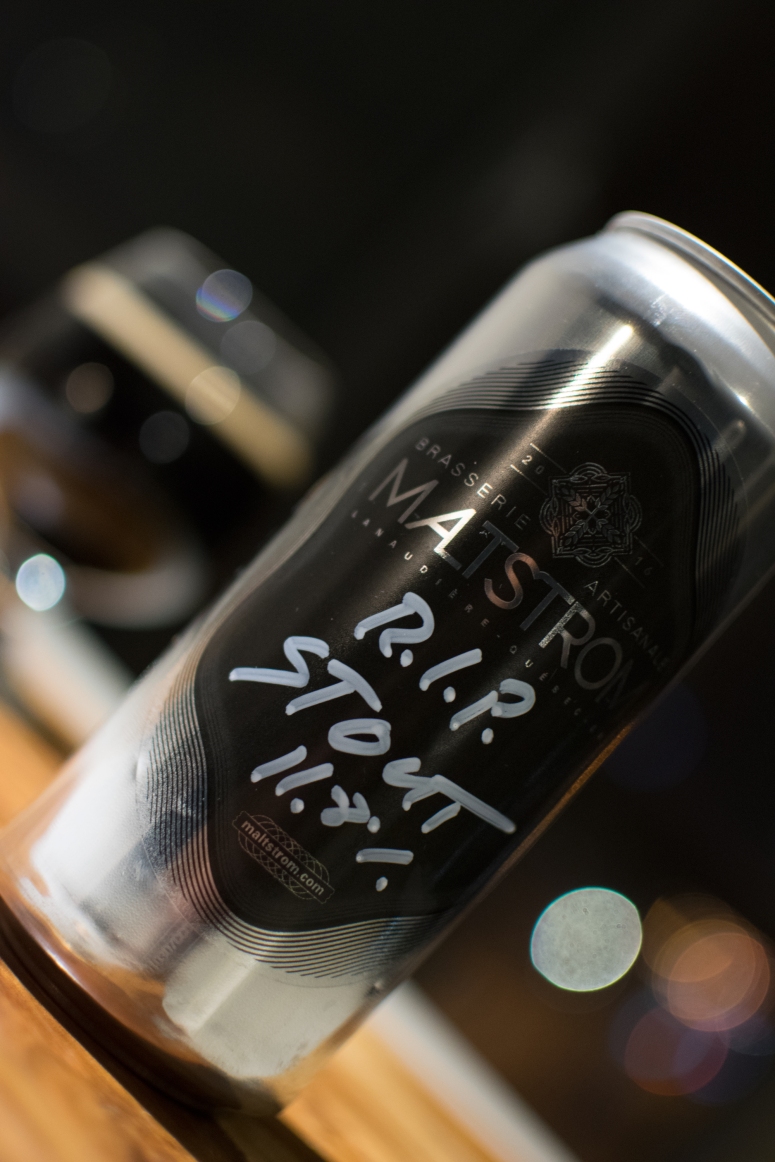 I wanted to take this opportunity to say we need a change! Buy the beer drink the beer! Brewers release beers when they feel they are ready to be consumed. It is that moment that they best capture the vision of the brewer. The results from ageing can vary drastically. And if you are an experimenter with ageing, have the beer fresh first, then age! Having a beer fresh on release will have a different opinion for most of us, when compare to our first opinion being on a beer consumed far after its release with added age. So lets do the brewers a favor and drink their beer when they release them! I know we surely do try!

Be sure to check out my previous articles covering Maltstroms solid lineup of beers! Follow the links below: