Trillium Brewing is on its way to becoming one of my new favourite breweries along with Brasserie Auval from Quebec. Trillium brewing has an array of wonderful beers on its rooster. All with an intense hop explosion, filled with an amazing mango peachyness, which I have not tasted from other IPAs. The beauty of competition among breweries to make amazing IPAs, is that there are some that create something far more different than the usual and Trillium Brewing and Treehouse Brewing from the tiny state in North East United States, seem to be creating waves, and deservedly so.  Their IPAs are absolutely spectacular. Just how The Alchemist and Lawson’s from Vermont set themselves apart in the style if IPAs, the state of Massachusetts is the new giant that is following that path. Creating a distinct IPA that can be pointed directly to the state of Massachusetts. A north eastern style IPA or what is now called “NE IPA” its not just any IPA.

All of Trillium’s beers have this hoppy tropical intensity with a malty thickness, that creates an amazing mouth feel. And the aroma on top of that takes the flames of glory and deepens them. You can say to the stout drinkers “cant see light through your beer because its so dark? Well atleats your dark beer will give a reflection. Try seeing your reflection through a Trillium.” It is so cloudy you cant see shit, not even your reflection.

Trillium doesn’t rhyme with heaven, but it should! It certainly has that cloudy thing going (see what I did there?). Puns are fun but Trillium is no play on beer, it is beer! 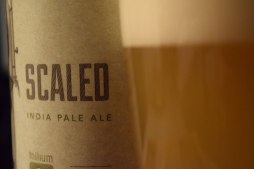 Sitting at two weeks old it is a sucker punch to your face. If you’ve managed to watch Guardians of the Galaxy, try and flashback to that intro sequence. Star Lord arrives on a dark, misty, ominous planet, slowly reaches to his belt buckle, no Ladies that’s not what I mean. He hits play on his Walkman, again Ladies a Walkman was an old musical device. So He hits play, and Come and Get Your Love by Redbone is blasted, and then Star Lord begins his sexy, comedic dance moves. That’s what I feel when I drink or smell this beer. It smells absolutely fantastic!!! That citra hop really shines and it is just so bloody good. Has that amazing tropical hop explosion which I admire most in an IPA along with an amazingly smooth malty bitterness and sweetness. It’s as thought they know what their beer taste like and it’s all Just a tease. They are teasing us, but I don’t want them to stop. Trillium is a marvel of the beer world. (Funny how that worked out well with my Guardians story.)

This pale ale has an aroma that sits very closely with Hill Farmstead’s IPAs and pale ales. It has a great noseful of tropical peach and mango aromas that make me yelp for joy. What a delight. The Scaled and Scaled up have to be my favourite from Trillium thus far, but the Fort Point tastes fantastic. All their Pale Ales seem to have a yeasty taste, which isn’t a terrible thing, with their amazing peachy mango mouthful. But wow, what an amazing Pale Ale, just wow. It’s not bitter, it’s very cloudy and still light and it’s absolutely fantastic. I want more trillium, my heart desires it. 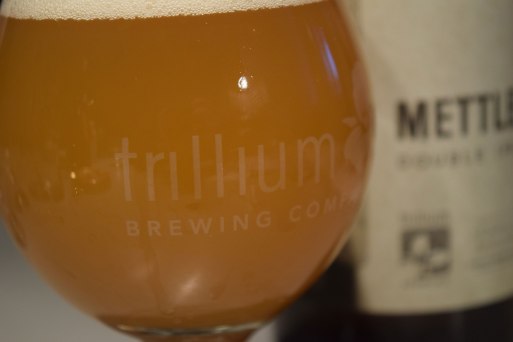 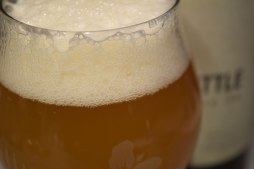 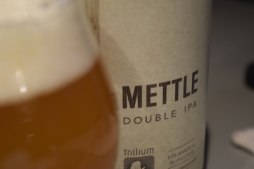 Crazy aromatic hop profile but not as much as a mouthful as Scaled Up or Scaled. Everything about Trillium screams “Wow” though. And they seem to have the same trend as Hill Farmstead’s beer. All their beers have a distinct flavor or at least a distinct base and it seems that is what differentiates their beer from the rest. Peachy, mandarin, heavy body and crazy nose are all synonyms that can be used, as well as godly, heavenly, and maybe some of those funny Adam West Batman tag lines, Holy Hay Stack Batman! Holy Hopsiciles Batman! Holy shit bricks Batman! 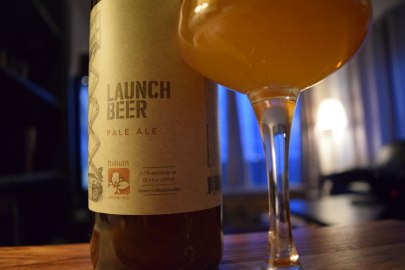 This one is resting at four weeks old. But I was told it is still holding well. Very aromatic, tropically. It taste a lot more yeasty or grassy, just like several Hill Farmstead IPAs. Does seem to be a bit less on the hops and didn’t maintain as well as expected. But regardless you can really taste the hops still! A very nice Pale Ale, but the scaled up was much better in terms of tropical hop explosions. This one doesn’t have that intense hop explosion as much but a very nice beer, very delicious, and extremely similar to Hill Farsmtead Edward. I feel like they are almost like long lost twins.