Since last year Boréale, one of the more larger breweries in Quebec and also pretty widely known to the non craft beer drinking community, has been on a new journey of exploration. Embarking on the more artisinal side of things which is far different from their standard beers that have been available since 1987, Red, Blonde etc. After introducing their IPA in 2012, which I actually enjoy on occasion because I find it pretty good, it seems it wasn’t enough and they yearned to explore further. With the international success and extreme rise of craft beer over the past six or seven years, Boréale has now acknowledged the excitement and trends and jumped the bandwagon to create some interesting beers thanks to their Épisode line. Now I would not usually write articles about some of the larger breweries from Quebec or anywhere else. However, when credit is to be given where it is well deserved there is no avoiding it. I have heard a lot about the Épisode series and people have been raving about Épisode #4, an NEIPA right up my alley. Up until now, I had never gotten the chance to get out there and explore this part of Boréale. Well now that I have, I am extremely impressed by their Nord-Est IPA, absolutely floored by it. For me the IXPL from Brasserie Maltstrom and this NEIPA from Boréale have taken the torch as my go to IPAs. 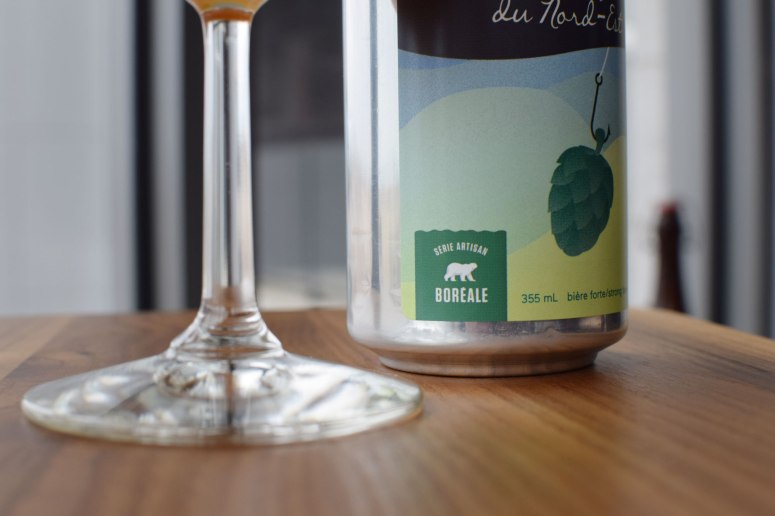 Wow… the nose is incredible… super tropical and fruity. An explosion of pineapples, orange and peaches. The aromatics on this beer are absolutely on point. It legit just smells like Tropicana juice, the orange mango and peach mixed one. Can easily rival the IPAs from down south. The look of the beer is a great burnt orange haze which is another staple to the NEIPA style. So far it is looking and smelling like a treat. The taste on this one is out of this world, it is super juicy, super easy to drink with a very clean finish and a great mouth feel. The nose is superior to the taste however. I feel maybe if the fruity hop kick on the taste was a bit more enhanced I would enjoy it even more. But this is just spectacularly crafted in all its forms. Boréale has really captured the NEIPA style perfectly, which is strange to say since it’s Boréale! But hey, a good beer is a good beer!

So far this one to me seems to be the closest to the style to come out of Quebec, because it captures the essence of the tropical hops, without the bitter kick, maintains the perfect mouth feel and solid aromatics. Would be interested to see how it ages, but this has me absolutely floored. So far Maltstrom IXPL and this beer are my top picks. This is what I was waiting for and it has arrived finally. The revolution of Juicy IPAs from Quebec begins!!! And it’s not because it’s Boréale and I was giving a promotional pack to write about. I am truly blessed that Boréale would think of me for this. But anything written on this blog has and always will be the honest truth. Lets see how the second can tastes in a few weeks to determine how it ages, meaning what is the IPAs turning point (obviously I don’t mean age for months!) 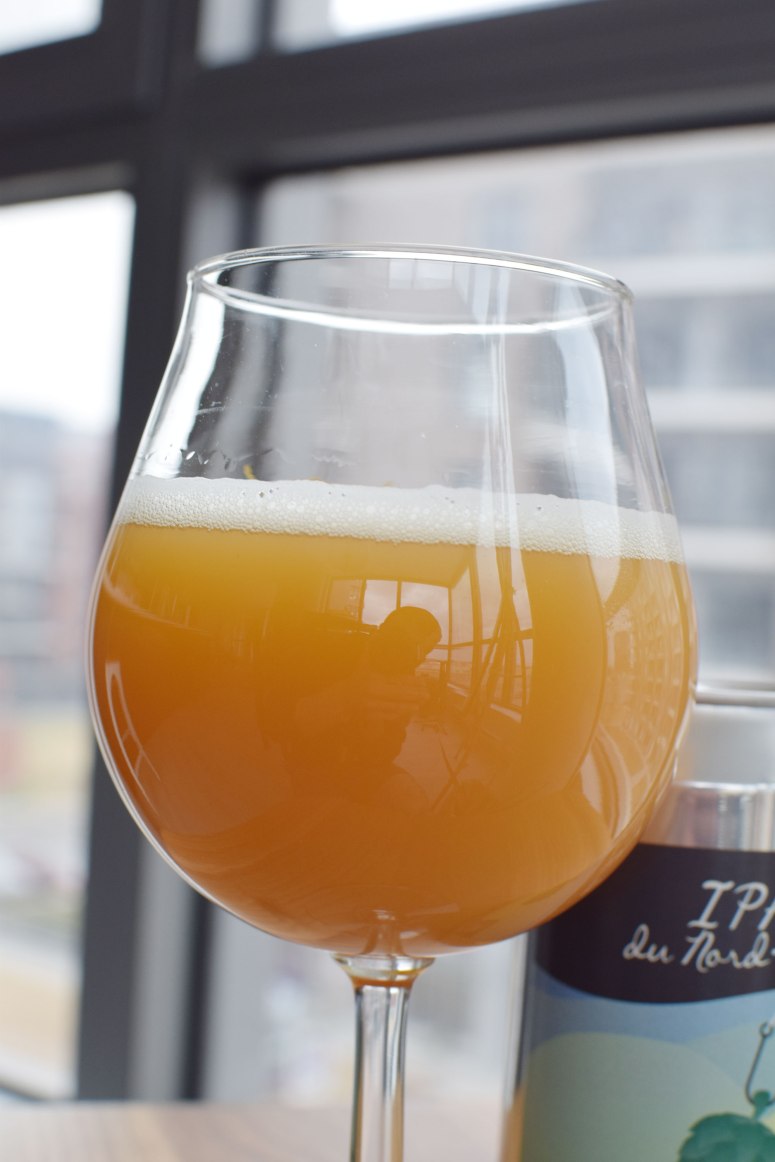 If you are curious as to the changes on this beer from their previous release, it has hit taps across Montreal and Quebec over the past few days! But definitely keep up with Boréale for information on the can release at the brewery coming up sometime in May.

For the longest time I was always under the impression that all stouts contain coffee. I know, what a noob move, because I missed out on some really stellar beers and I hadn’t touched upon a style which I am no obsessed with. I just can’t seem to get enough. And now my cellar is pilled up with imperial stouts, which oddly are collecting dust because those bastards are to high in ABV and volume!

Behold at least most stouts are on the lighter end of ABV, easier to drink and tasty as hell. Such is the case with Boreales new Épisode series the Tête Brûlée, a creamy stout with cocoa and vanilla. 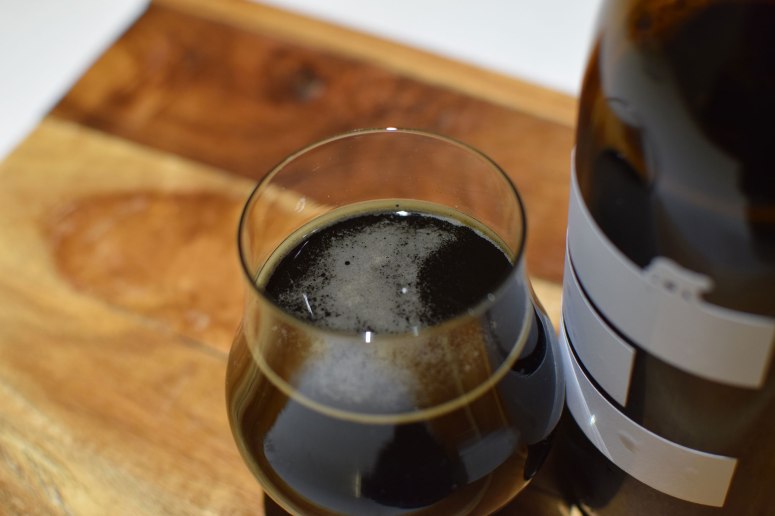 The aroma on this beer is a bit quiet and subtle, but I am getting light notes of cocoa and some minor vanilla on the backbone accompanied by tad bits of roastyness. To taste it has a soft caramel cocoa start, with the vanilla kicking in swifty thereafter. On the finish it is easy and clean with little bitterness and bits of Tobacco. The sweetness on this beer is pretty solid, not too overpowering, just enough to add a nice icing to this cake. The body is very light and palatable, although I prefer my stouts to have a bit more body to them and I would have hoped that the flavours were a bit more punchy. But not all beers have to be punchy and in your face. As far as drink ability, enjoy ability and balance, this beer has it going. It’s light, easy to drink and still has some great flavours running around in the back. A very delicate stout and doesn’t feel like a 6.5%. Seems more like a 4.5%. Can feel a bit of an interesting spicy taste as well, very light kick at the end. Maybe the cocoa used was Madagascar cocoa or something similar? Madagascar cocao tends to have a bit more spicy feel to it, at least for me. In any case, this beer is a solid balanced stout!

This is their current Épisode and has been available at the brewery for sometime now and potentially still some bars around Quebec.

Saison of Beaches. Yes beaches are coming! Well not really, we live in Montreal and the only beaches here is that weird place in the west called Beach Club, which to me looks like going clubbing on Saint Laurent except the douches get to take their shirts off and there is sand on a tiny lake. There is also the clock tower beach in Old Port, which looks to me a bit more pleasant and less douchey, when not over crowded. Either way I haven’t been to either spots. But what I have had is the Saison Des Plages from Boréale.

The aroma has a Saison DuPont Euro Saison yeastiness to it with some fruit kicks. The taste has the touch of that Belgian saison feel but additionally a lager feel and a light clear appearance. And a slight fruitiness on the end. It is indeed very easy to drink but, the finish is a bit strange to me. It has the touch of the fruit and yeasts mixed together but also a bit of a weird funkiness. It is not really my kind of beer personally but, as far as quality and drink ability it works. And of course if I had the option between a Molson and Saison Des Plages, I would pick Saison Des Plages. Although where there would be Saison Des Plages there would be the IPA. And I would likely drink their IPA.

These bottles should already be available or will be soon in a mix pack, with individual six pack to follow by middle of May.

I can say with full confidence that you will want to head to the brewery at the release of this absolutely stunning IPA Du Nord-Est. Although Boréale is not considered part of the highly admired micros from Quebec, it is safe to say that the brewer behind these beers is doing a stellar job at helping Boréale into the small batch and specialty brew corner. And they have a quality to them that I never knew Boréale could have. Not to say that their other beers do not have quality, but maybe not have that the taste we all so admire. All that is slowly changing! I would suggest you keep a close watch at Boréale, as I am sure there is still some more great things to come!