Recently I had the pleasure to attend the critically acclaimed Bieres Et Saveurs Chambly Festival. This festival showcased some of the best and brightest in Quebec craft beer as well as loads of other breweries from Quebec. Whether you are looking to try some special beers brewed for the event or to try something you may not have heard of, this is the festival for you. I had the pleasure to cruise through this festival with a sleek Media pass and although I was unable to attend for more than one day, the day I did manage to attend was an absolutely spectacular experience from start to finish.

The festival is held annually at the amazing Fort Chambly National Historic Site. This year was their whopping 16th edition! The outdoor festival overlooks the Richelieu river and the Bassin de Chambly. The river was flowing strong and so were all the beers, the buzz was beginning to kick in, conversations with old acquaintances commenced and some new introductions lifted off. I was making my way through this festival with none other than La Tete Dans Le Fut, with some hang outs with the guys from Matera and some sheer debauchery with the guys/gals from BAOS Podcast.

What I can tell you about the organization of the festival is that it was on point! If there is any festival in which I have experienced a very smooth and easy, well not too easy, experience, Chambly definitely had it down. There were two things that really stood out for me which made this experience a memorable one.

Firstly was the fact that there wasn’t a flyer listing which beers each brewery had available on tap. This may frustrate some, even myself because I like to have a plan. However, the beauty of this was, rather than following a boring plan I was able to go with the flow, walk around and just try things without knowing which beer was to be had next. It created a very live in the moment feeling which us beer geeks can sometimes forget. At times we may tend to plan a little too much, especially when travelling for beer. Which beer will I drink at which bar, which beer will I purchase to bring back home etc etc. Sometimes we need to take a step back and just seize the moment and let the experience unfold however it may.

Secondly, was the transaction process. Instead of having to buy tokens, or a card to fill digital tokens, Chambly utilized straight up CASH! Which made it far easier to spend money and get beer in our hands. There was no hassle of going back to buy more tokens and wait in even more lines, the transactions were made, quick, easy and effective. Even with the large number that turned out, beer was in my hand fairly quickly without too much of a wait. This was key in making the experience as great as it was. This is a festival I will be looking forward to every year, glad to have finally lost my Chambly Festival virginity!

Now on to some of the beer which was consumed! There were a lot of beers consumed and by the end of the night it was certainly difficult to keep track or take some constructive notes. But I will do my best to select the ones which absolutely made this festival for me.

The first beer we had was none other than the collab between L’espace Public and The Wild Shack. Grand guignol, is an NEIPA which I have been hearing about for some time now. And every time it makes it return I am unable to make it out for a taste. Well this time I could not pass up the opportunity. And I have got to say I was very impressed by the quality of balance, intense juicy hops and the super clean finish. It left my thirst quenched and aching for more!

Pierre and I absolutely had to stop by the Boreale tent because they had a special cask project! Four beers on tap and on cask and you can try all eight for just $10? That was a steal. The cask consisted of collaborations they had done with Maltstrom, Isle De Garde, Vox Populi and Noctem.

They all were different beers in their own rights but the Isle De Garde and the Maltsrom really stood out for me. The Malstrom was a Milkshake with raspberries and peaches, almost like a very light refreshing, crispy berliner weisse with a touch of vanilla sweetness. I personally preferred the draft version of this one, but both the cask and the draft had very different results on my palate. The Isle De Garde was a crush-able 2% beer with Simcoe and Centennial. It was a winner on both cask and draft, but I personally enjoyed the cask version. There was something about this beer that was hard to explain for me, but it just had this serene refreshing quality. And the balance that it created on the palate was divine.

La Memphre  is another brewery I have yet to make it out to. I was lucky to see they were around and with a very extensive and exquisite list! One of my personal favorites was chugged down by yours truly, the Hopwit Session. I absolutely love that beer. But the real surprise came with their Porter Baltique.

It had this amazing chocolaty cocunutty aroma and the appearance had this almost redish glow. On the palate the caramel, chocolates dance and gleam on your taste buds. As it slowly rush down your throat it is almost like the dream sequence of the pink elephants on parade from Dumbo. There is this crazy drug inducing hallucinogen feeling that seems to rush through your body. And it all ends with a big crash of the beautiful balance. DIVINE!

Right next to the Memphre tent was Harricana where we were able to kick back with Francis, catch up and drink two beers which really blew our minds. First was the Overhop collab 8199. 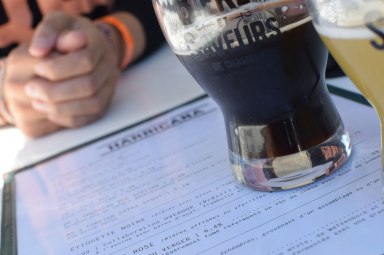 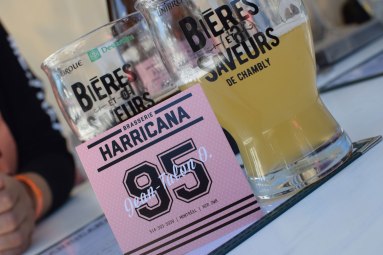 The 8199 was a huge coffee bomb of a stout with a serenely spicy, tangy, zesty finish, which left even the worst dancers shaking their booty with joy. Although I do not drink coffee anymore, the old tales and memories of my previous decade came simmering back after tasting that tantalizing coffee from this stout.

The second beer was the 7205.001. It was a solid, cidery, soft wildish kick to your face. It had a great sour kick to, but it was a culmination of all sorts of amazing balanced flavors that rumbled and roared like a rough but calm sea.

It is no surprise that Les Trois Mousquetaires had a hoard of people surrounding them, and I too was there hovering to have a look at the menu and place my order. No brainier I picked the Porter Barils d’exception Baril 1978.

Porters have come to be one of my other favorite styles. But this was a delight even beyond what I had imagined. It had the great notes of a porter and and the minor tangyness, and sour notes along with it. A great combination that just melted my taste buds.

One of the last surprises for me was from a very unexpected brewery. I have been seeing their beers on the shelf for some time now, and it seems they have gone oddly unnoticed. Lion Bleu and their IIPA left me stagger and flabbergasted. Did not expect it, but it was a really solid IIPA that left both me and Pierre in awe and wonder. It was as if our eyes opened as we glared at each other and we took a little stroll trough wonderland. 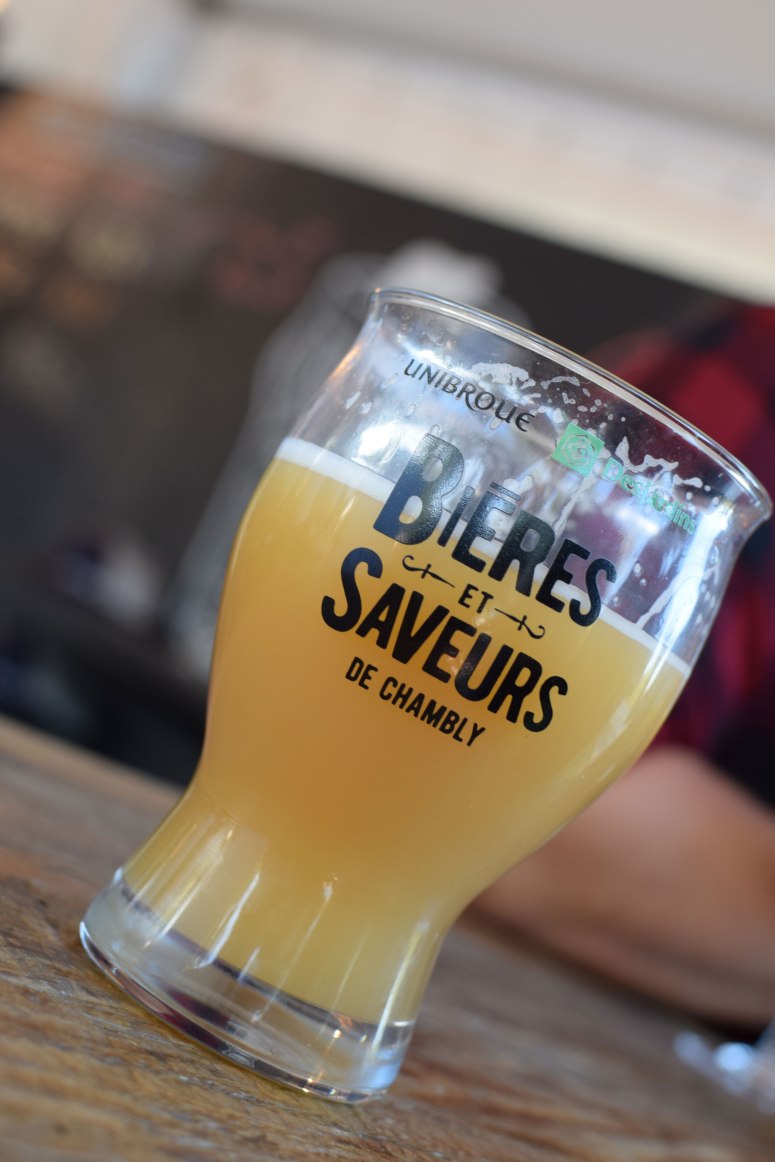 And of course more of the Boreale craze. After this things got a bit hazy! Ohhhhh me, I made a funny….

And thats all Folks! After wards things just got a bit too wild and next thing I know I’m sitting at Pit Caribou pub in Montreal with the Matera boys. Wait? Did I even go to Chambly? Thanks Bieres et Savuers, until next year!