Last year I wrote about Microbrasserie Le Bockale when they released their Milkshake NEIPA, you can read about it Here, but recently to celebrate their 2 year anniversary they had a small bottle release showcasing two barrel aged beers. Abbey Triples are a style originating from Trappist breweries in Belgium, the mecca of beers, but triples are not a style I enjoy the most, there is something about it that just doesn’t settle well with me. Although there are some I do enjoy, the numbers are few.

These two beers from Le Bockale are both Belgian Honey Triples which were then aged in two different barrels. The base beer is the same but one was aged in Gin barrels and the other was aged in Chardonnay barrels. 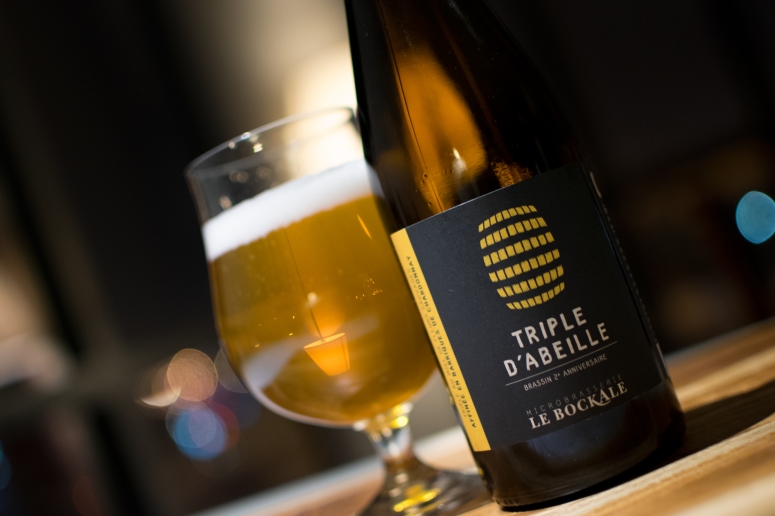 I don’t know what it is about triples. But they always have this odd aroma to them. Its not anything against any specific brewery, but just the style itself. Dead citrus coriander? This one has a strong aroma of honey mixed in with that typical triple aroma I always detect. I have yet to retry a real abbey triple from Belgium. I think I enjoy Belgian beers, but not really abbey beers. Also I don’t think I’ve had a real abbey triple from Belgium. Most of the Belgians I’ve had have been other Belgian beers not abbeys or trappist ales. So back to this. The aroma has that typical abbey aroma. Maybe a bread-y cereal? To taste, its really not what I’m used to when drinking this style of beer. But Abbey triples just really are not my thing. I find them very strong, and bold in flavor. The beer has a strong start of honey sweetness with a large amount of heat and after burn. There is a subtle hidden chardonnay in the background but its not the main focus in taste. I do find the honey is pretty bold and dominant, which tends to masks a lot of the other flavor points. You cannot have these style of beers cold, as they are better at cellar temperature to really get the flavors to be appropriate. As it warms a bit more in my glass it does tend to mellow out the honey a bit giving way to some of the under toned flavors to come out. 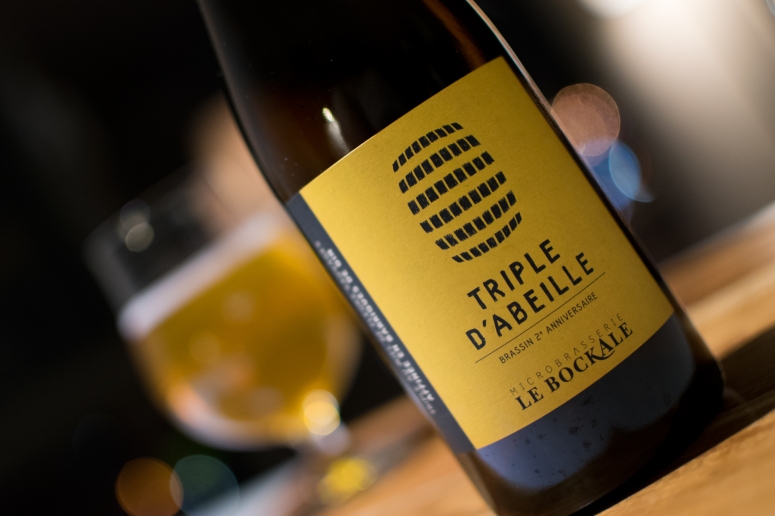 There is a lot of gin on the nose with the honey present, but taking a bit of a back seat. To taste I find this one very strong and boozy. Has a lot more heat when compared to the Chardonnay version. Mostly getting Gin qualities a bit of honey, and the undertones of an Abbey Triple slightly in the background. Overall find it strong with a big burn. May also be my inexperience drinking beers aged in Gin. That is one barrel age which I have not had much of. So my palate may not be used to the qualities of a beer aged in Gin barrels.

There is more to come from Le Bockale, I did recently try their non alcoholic IPA and a pretty solid stout! I’m for team Chardonnay, and you?