Brasserie Auval has stapled itself as one of the extremely spectacular new breweries from Quebec. They are the epitome of a Brew Stew, meaning, every beer consumed by Auval is an exceptionally amazing journey into Quebec craft beer. Their beers are defining what the term Craft Beer means. Ben Couillard, the brew master, has mastered the etiquette of brewing great magical beer. Any product of theirs that hits the shelves is bound to be gone in few hours, so if you want some be ready to pounce like a ninja. And once you get it, trading it would be a Mortal Sin. So instead of trading it like a goon, drink the damn beer because it’s good. Also to be noted their beers are not available year round at this point they are on a rotational basis and very limited bottles so, keep your eyes on their Facebook Page for updates! Auval is like the ghost of Christmas future, they are showing us what is to come of Quebec craft beer and yes Tiny Tim is healthy as ever and drinking with us. God bless us, everyone. I think he’s saying. Cheers Tiny Tim!

Auval recently burst into the scene last fall and the crazy journey began there. Their first release included just a few beers. However, since then they have continued to expand their line ever so slowly, ensuring that delicate care is taken into the brewing of their beers. That delicacy truly shines in each of their beers and it’s worth the wait.

Before I begin sharing my thoughts I have to give a special shout out to Brassin Du Quebec for purchasing and holding on to some of these beers for me! When times get busy I can always count on him!

And so moving on. I give you all that is Auval, with probably a lot more to come! 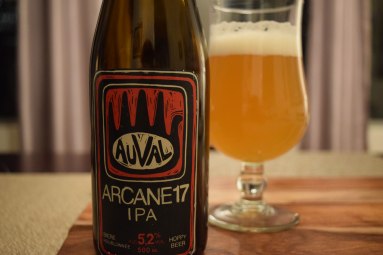 It wont come as a surprise to Quebec beer drinkers when I say that Quebec lacks good hop forward IPAs. Although there are a variety of IPAs out there, very few really hit that high mark. Id say that Moralite and Yakima IPA are at the top. But they now give way to another, Arcane 17 IPA is a beast of a beer that can compete with the likes of Moralite and Yakima.

It gives off a very hoppy aroma that seems very similar to Dieu Du Ciel’s Moralite and taste is very smooth very hoppy. I would consider it a mildly hop forward IPA. It has a nice tropical hop hint to it but it doesn’t explode on your palate. An amazingly well balanced IPA with no bitter after taste. An IPA style of its own, to me it doesn’t seem like your typical IPA, it’s an interesting take with some stronger yeast flavours infused with fruit hop flavours. This IPA as far as Quebec goes has reached the top! 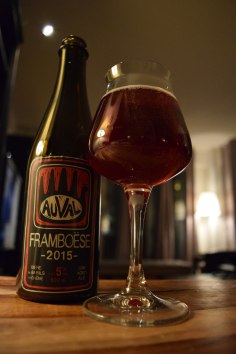 Most of the Auval beers have a distinct oak aged aroma and I’ve got to say as far as aged beers go, Oak aged really tickles my fancy. Auval has done a top notch job incorporating that oak age with all their various beer types. No matter what the style, they have mastered the art of balancing the oak with the particular style of the beer. 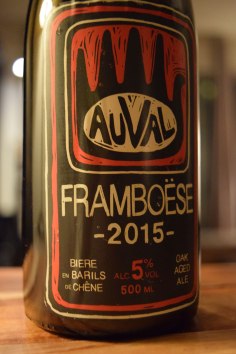 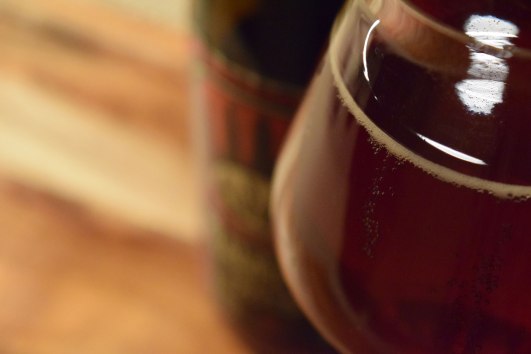 Flavour wise, zongggg. That oak shines like magic, no surprises there. It adds to the very nice fruity kick from the beer itself. I feel their focus is more geared towards bringing that oak out and that really brings out the flavour of the beer a lot more. It has that amazingly musky flavour which Auval is using to make a name for itself and it sure has succeeded.

I expected a fruity beer but what I got was an amazing flavour bomb! 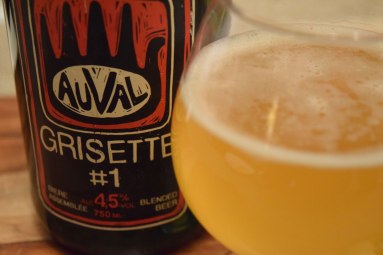 This saison came out prior to Grisette #2 but I only had a chance to have it much later. And I have to say that it’s a lot more dry than #2. I really like this one as well, and it’s a bit hard for me to really separate the two. As far the process goes the two seem to be quiet similar, maybe the difference being Grisette #1 was dry-hopped at the end, where as Grisette #2 was not. Maybe someone from Auval can shed some light on this. 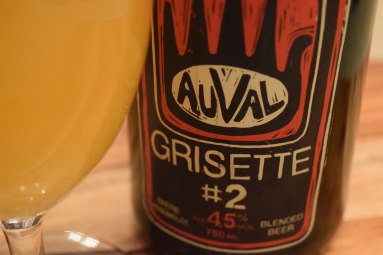 I get a kind of spicy and clove aroma from this beer. My ventures into saisons were fairly new trying this beer, but I’m describing it from the time I consumed it. To me it’s a very dry beer, similar to Arthur from Hill Farmstead. Although Arthur is not as dry as this one. The feeling I got from this is like having a mellow Succubus blended with a Le Castor Farmhouse. I’m really enjoying the flavour this beer has to offer and it’s definitely one that I would have again if it hits the market, or rather any other variants. 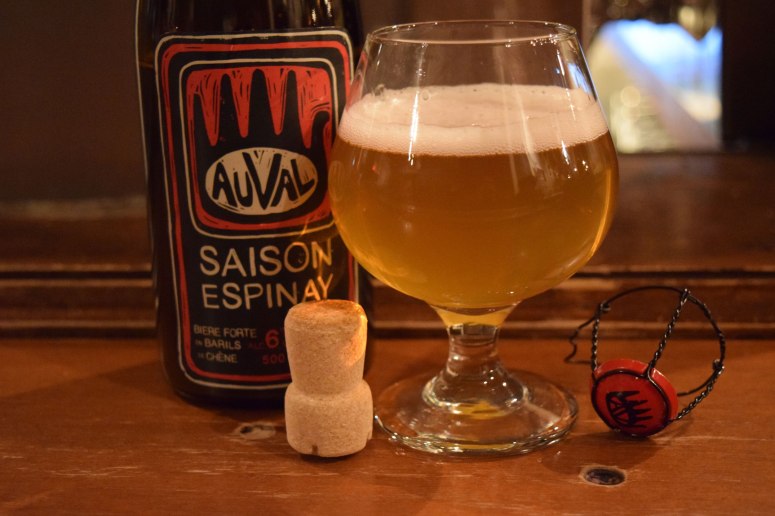 You can really taste the essence of the oak aged, a really lovely saison.

My first try of this beer took place at a lovely craft beer bar in Montreal called Vices & Versa. I had recently just heard about their Arcane IPA, and went in search for it. With no avail, I ended up distraught at Vices & Versa, where they had Arcane! But guess what, it was out of stock. So I decided lets do a Saison. Thus I was presented with Saison Espinay from Auval. My first take on it is as follows. The smell is a little rustic but taste is great. It has hints of sourness that aid the flavour of the beer. A very enjoyable beer. 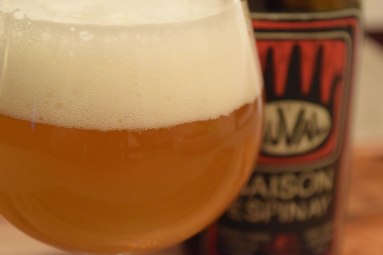 My Second time trying this beer was after scoring a bottle and this is what I had to say about it. A really nice beer, balanced smooth hop profile and the flavour really fills your palate. It’s very smooth, light and crisp. It takes the edge off in the most perfect manner. Just like a lawn mover does to grass, or that crazy thinga-ma-jig that farmers use. The large grass choppers with the devlish spiral of doom. I digress, what I’m try to say is that this is an incredible saison.

I don’t think I’ve ever had a DIPA quiet this nice from Quebec. Expect maybe La Voie Maltee who is also fairly new, their Imperial IPA is quiet fantastic. But Super A is another level above. It smells very similar to Pliny, very tropical, fruity, hoppy. The Pliny of Montreal? Could be but it’s a lot more tropical. Very nice! Very hoppy but not too bitter. Very tropical with a bitter kick and a sort of fizzy hit. A bit stronger than Pliny. For a DIPA it’s a lot more yeasty, which is actually fantastic! I’m sure my fellow blogger La Tete Dans La Fut agrees with great astronomical enthusiasm. For three weeks old I gotta say this is killer. 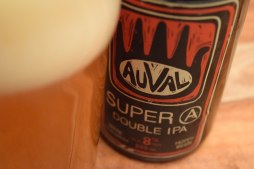 Very fresh, sitting at only two weeks old. It’s very smooth and well balanced with a mixture of malty, hoppy, yeastiness. The second batch has a much more malty and yeasty taste as compared to the previous batch. Although I preferred previous batch 100%, this still stands as a great DIPA and any chance I get to enjoy this will be an absolute pleasure.

2 thoughts on “Auval or The Ghost of Christmas Future”