I have said it few times on my blog that Quebec isn’t known for IPAs and it can be very tough to find a good IPA here. However, in recent times Quebec has been producing some great IPAs that are on par with American IPAs. Of course that’s not to say that there isn’t room for improvement, or that they can’t battle titan IPAs from America but it does mean IPA lovers like me can enjoy the taste of IPAs with great satisfaction in the province of Quebec.

I’m not usually one to say whose #1 and whose not, because beer is a matter of perspective. Below I list of my top Quebec IPAs, and this is just my perspective on the matter.

A sensational IPA from Le Castor. This IPA is my go to IPA here in Montreal and it has been making waves amongst the craft beer drinkers in Quebec for some time now. The breweries name is very fitting since the Beaver is one of the Canadian national symbols (for the Anglos, Castor is Beaver in French). Using Hops grown east of the Cascade Mountains, this IPA captures the aroma and flavours of the west coast style IPA pretty well. Nothing beats a real west coast IPA, but in their attempt to brew a west coast style IPA they landed themselves on something even more unique than the west coast style IPA. They landed themselves on an IPA that taste nothing like any other IPA in Quebec. A truly original IPA and just pure insanity on draft. 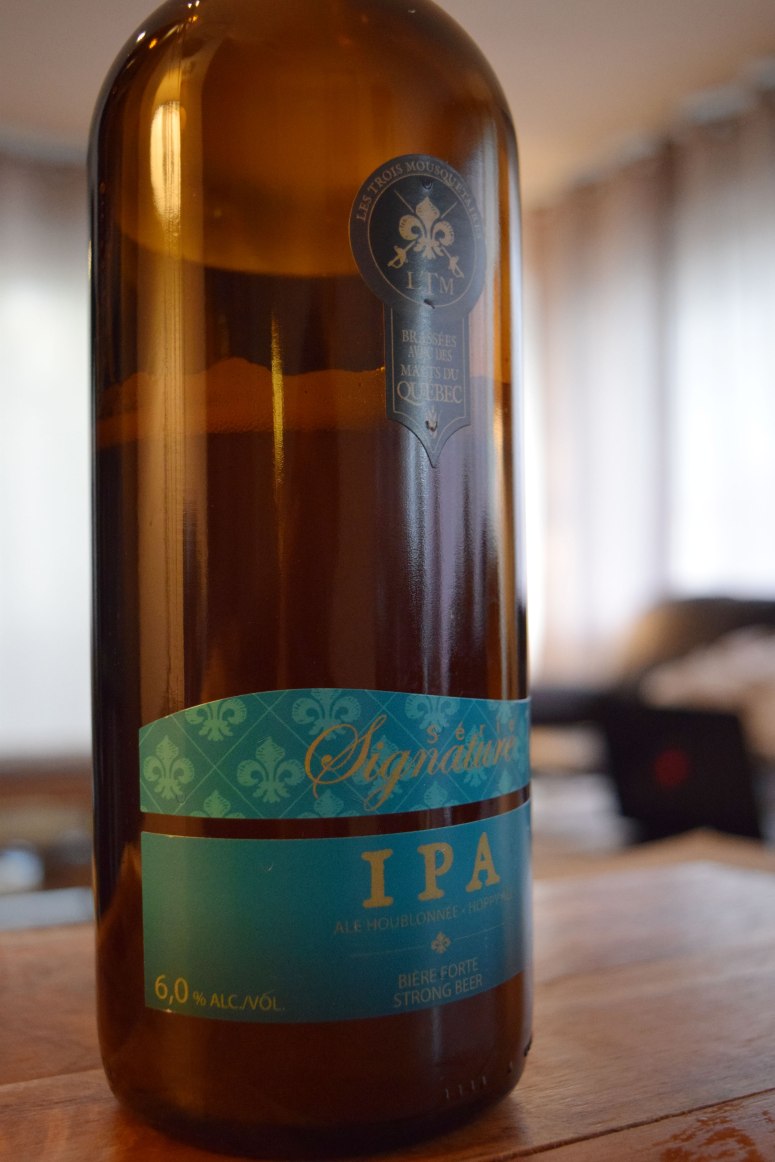 This new IPA from Les Trois Mousquetaires has the Quebec beer community buzzing like little bees, and it’s for good reason. This IPA will slowly be part of their year round offerings and I simply cant wait! Had myself a taste of this at Mondial 2016 and went back for seconds. Got myself a bottle and regretting not having a second. A late addition to my article, but it quickly landed itself the #2 spot. It’s amazingly well hopped, with a mouth feel that rivals the north east IPAs everyone is gaga over and it has a well balanced finished. As far as a hoppy IPA, this beer has it all and in perfect harmony.

Look for a more extensive write up on this soon!

The aroma this beer gives off is of intense hops, crazy notes of tropical fruits, and a light yeast kick. The aroma reminds me of Moralite by Dieu Du Ciel a bit. Drink ability wise it’s not a very hop forward IPA nor a malt forward IPA. What allows this beer to stand the test of time with Quebec IPAs is its serene trance of elements which converge together to give us what is Arcane 17. It’s a blend of all the characteristics of the malts, the yeast and the hops all blended together and balanced out to perfection.

I am, as most of those who know me, a Hop Head. There’s an idea for a Halloween costume! Benelux with Sabotage have created something which I have truly missed in Quebec, and upon my first sip I was ready to dance around like a cowboy firing bullets in the air. Although this beer holds a strong lingering bitterness bite at the end, its intense hop explosion at the start makes this beer a sure thing for me. Several of my non craft beer friends seem to always mention the bitterness. Yes folks non craft beer drinkers exist… and a sad existence they lead. Following their thought of bitterness is their idea that they wouldn’t drink a six pack of this. Well, these beers aren’t meant to be drank in a sixer any ways! But heck I’d stuff this ether down my throat in high numbers if my legs don’t go numb.

Moralite for me is the kind of beer that should be consumed within 3 weeks of bottle date. I truly do love this brew and its tropical hop intensity is a delight. However its intense bitter kick at the end can tend to be a bit too overpowering. If not had super fresh, I find the hops fade fast and the malt bitterness shines a lot more. With already such a high IBU when the hops become suppressed this beer can be a stinger. Great to some even after 6 weeks, but for me, I need this one fresh! And when it’s fresh, it’s time for some Moralite Beer Pong, okay okay, so that really only happened once because I refused to drink piss water, and let me tell you, fun whilst in the moment. Maybe not so fun chugging high ABV IPAs towards the end.

The Cyclope series from Dunham is a line of IPAs following the sequence of the greek alphabet. And there isn’t one greater than Alpha. My first experience with Alpha was a fresh bottle, and my body jerked after my first sip. Everything about this beer shouted beergasm. Why number 6? Because like I mentioned there has been a surge in great IPAs coming out of Quebec and it’s been a long time since this one was released, and I havn’t had a chance to taste it again. The Alpha is a very well made hoppy IPA with a minor bitter kick at the end. You may not find the Alpha around, but hey it may come around again soon! Until then you can keep your eye out for their other Cyclope beers, the most recent Dzeta is a must try! 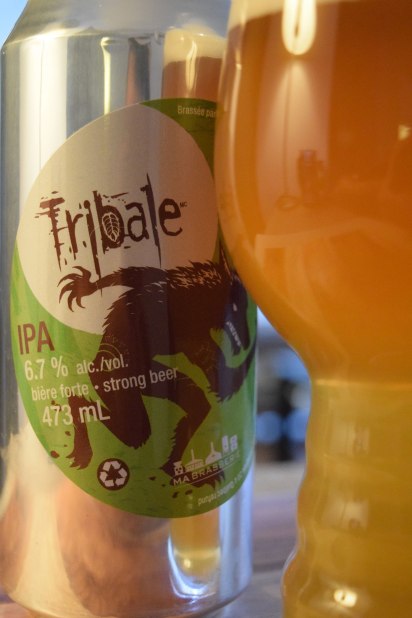 The taste starts with a strong bitterness and a decent amount of hops. Not a crazy tropical hop explosion, but the tropical hops are being masked by a strong mango flavour followed by a sharp bitterness. The bitterness is not so overpowering, but it has a bit of a bite. A fantastic IPA nonetheless. Very American style with a Quebec touch. 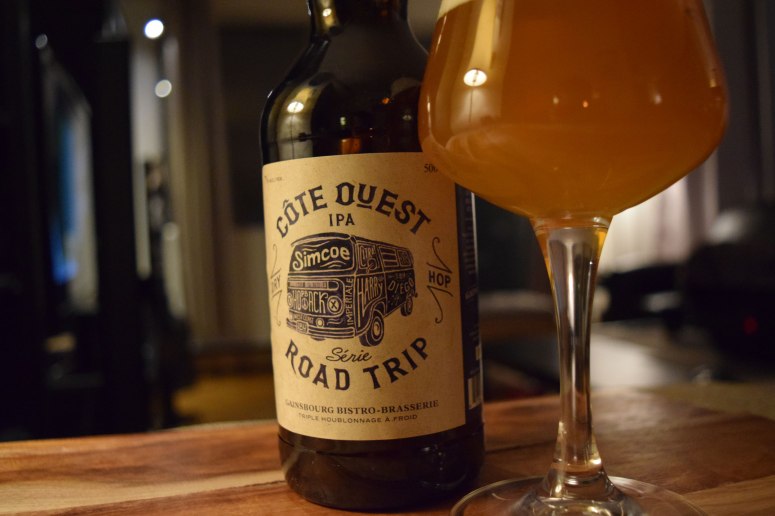 I’ve heard great things about their DIPA but I was only able to manage getting my hands on the IPA. It has amazing tropical aromatics. It is not a tropical hop explosion, but has some very nice light hop notes that compliment the beer as a whole. It’s very light and smooth, not super bitter and very easy drinking. It has a pretty cloudy and hazy appearance. It’s so smooth, you don’t realize how fast you are drinking it. And it sits at 7%. If I hadn’t known it was a Quebec IPA, I would have never guessed.

One thought on “Top Quebec IPAs”