On a very pleasant Sunday afternoon, as I lazed my hang over away laying on the sofa, resting silently, I was duly disturbed by my wife, who wanted to drag me to Atwater market. And with hesitation, I got up and dragged myself into the shower and got ready for an afternoon outdoors. Although it sounds like I was not interested, I actually was because Atwater market is actually a great place to spend sometime on Sunday wandering and looking at flowers, fresh fruits, oh and beer! So I snuck away as my wife browsed and hit Fromagiere Atwater which has a broad selection of craft beer.

As I looked through the selection I saw the usual beers I would purchase and enjoy, until I stumbled onto a bottle I had never seen, a name I had not yet heard of,  MonsRegius Bières Artisanales. I was really intrigued by their label design, and similar to how I discover new music, I often try things which have interesting label art. There was something about the simplicity of the colors, a minimal pattern and a simply yet intricate logo design that caught my eye. It was Bianca IPA, it was fresh and so I had no choice but to succumb to my curiosity. After consumption my curiosity grew even more and so I tried it at few festivals and eventually struck up a conversation with Martin, at Mondial 2018. He was generous enough to send a copious amount of goodies for me delve into. The IPAs were the ones I had to slam first naturally, and after six bottles of IPAs there were clear favorites for me. Some bottles were a bit older, and its always hard to judge if you havn’t had a fresh one, but I was able to enjoy some of them fresh, and even though one of my favorites was a bit older in age, it was also the most interesting.

Brut IPAs are a new trend going around the craft beer industry. It all started in San Francisco, the place I used to call home, what seems so long ago now. Essentially the brewer uses an aged old enzyme used with Imperial Stouts to break down complex sugars so their big bold stouts will not be a upper cut to the jaw. Kim Sturdavant, Social Kitchen & Brewery, decided to take this enzyme and use it in an IPA to make it dry. Brut IPAs are meant to be slight hazy, with great aromatics, hoppy and dry with super low IBUs.

Although a young style, it has spread across the USA and Canada like fire. Being a new style breweries in Quebec are just now getting into it and options are few, for now that is. I am not experienced in what to compare this with and MonsRegius Brut IPA is my first ever Brut IPA. 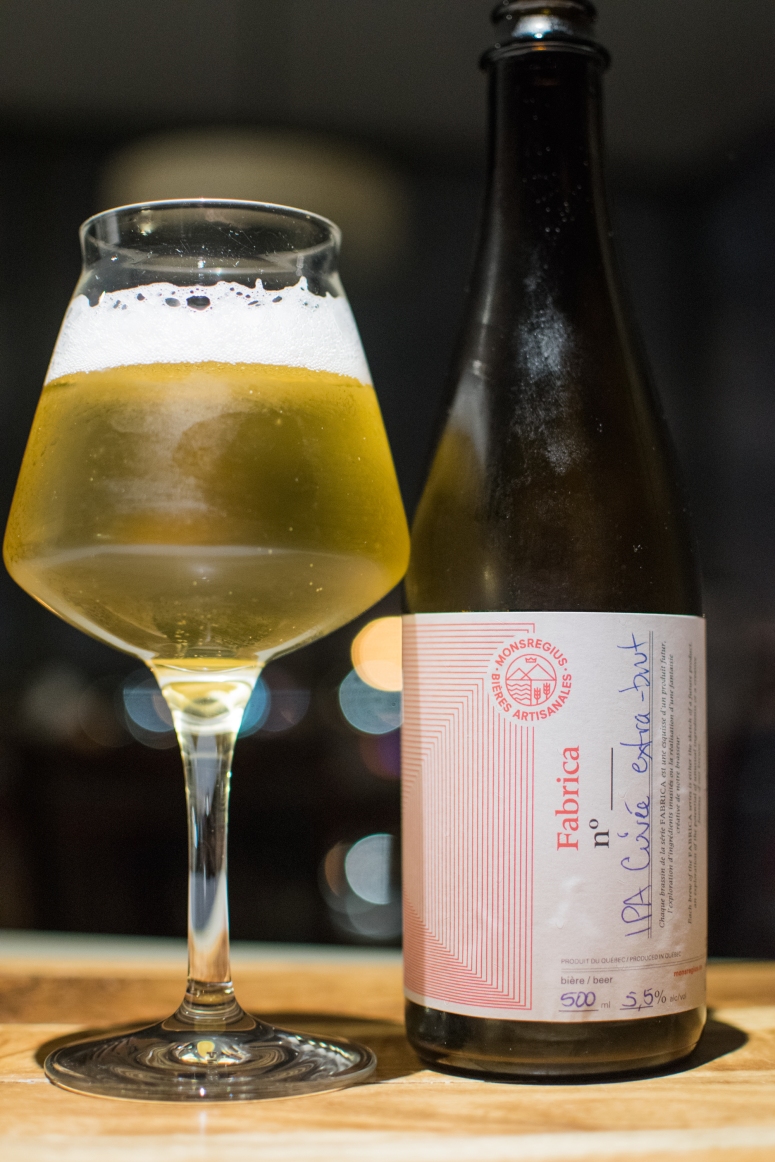 The aroma has a dry bretty, champagne, spicy kick to it. Coupled with a light fruity, floral hops. The taste to me has an almost pilsner like feel and very great floral notes. The body and mouthfeel are super light and very easy to drink. Super soft and subtle, its almost the polar opposite of what the non craft beer drinker would expect an IPA to taste like. This new style could well be a great gateway beer to someone who fears the bitterness of an IPA. There is no bitterness at all on the palate and it finishes very clean. The beer did have a bit of a slight rustic after taste but nothing that was too overpowering.

“IPA WABI-SABI  is a rice beer inspired by the flavors of Japanese cuisine.Notes of lemons and spices with a nice hint of acidity. The wabi-sabi is a Japanese philosophical and aesthetic current centered? on the transient aspect of life and its imperfection.” 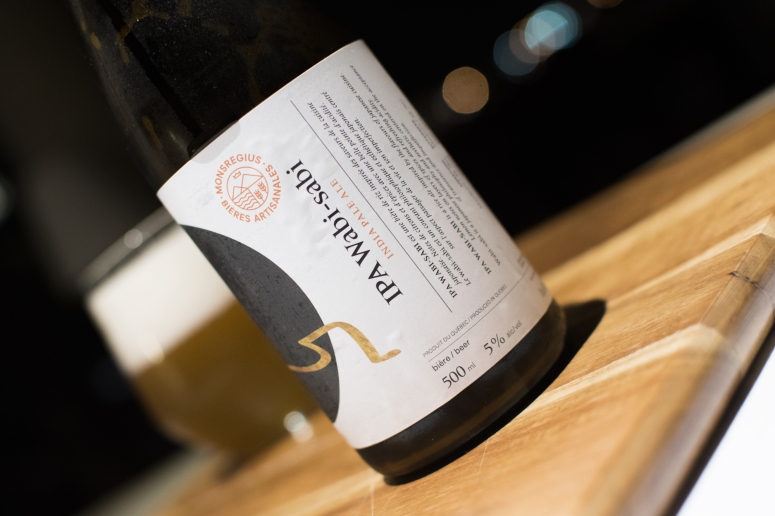 This one was a much older bottle date, but too my surprise it didn’t age terrible, if anything the age added a little bit to the taste of the beer, making it a bit more of a zesty bitter bite. The aroma was full of lemon bitter zest with some cloves.

The taste is great, but a bit strong on the spicyness. But I like it. It is almost like having a clove cigarette. Clove cigarettes are the most odd tasting things on the planet. But sometimes… they just fit. And oddly enough, they become enjoyable.  This beer has that quality. Where it’s not the first thing you may snag off the shelf and its qualities are not the most balanced. But its extremities, although not favorable for most. Can be favorable for some. And for me specifically, I quiet like the attack of the lemon bitterness. It almost has a saison, pepperiness, with ipa bitterness and yuzu lemoneyness to it. 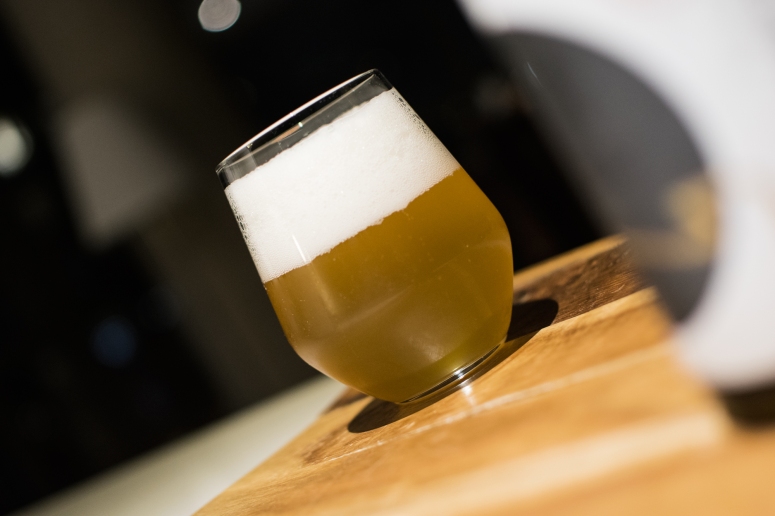 Once your palate adjusts, it’s a very enjoyable beer. Especially for a nice summer day. It would actually do great as a saison rather than an IPA. Something you can maybe hold onto and let it sit for six months to one year and see how it develops.