I began my humble beginnings in Melbourne, Australia, where I grew up like a little Kangaroo sheltered in my mother’s pouch. But, as I began to grow I turned into the beer drinking self I am today. I was a late bloomer when it came to Alcohol and beer, not having had any until the age of 18. My first alcoholic drink was a Corona offered to me by a new friend I had made in my University dormitory in San Francisco, CA. That’s right San Francisco, the land where some debate started the craft beer revolution, or at least in my opinion pushed it to a whole new level. It all started with Fritz Maytag after his purchase of a stake in Anchor Brewing Company, and eventual ownership in 1969. California is also famously known for the extremely popular West Coast Style IPA. So you could say to a certain extent I was in a land of craft breweries and amazing beer. Yet regardless of my location my first beer was a stinky fizzy light yellow in colour beverage called Corona. Upon my first sip, the flavour had some kind of hold on me. Yes, the Corona did. Now imagine what happened two years later when I tried a Sierra Nevada Pale Ale followed by a Stone IPA. After that first beer I continued to drink various other types of beers, mostly light boring pilsners. And of course at the young of age 18 life is just a party so you drink cheap beer that does the trick and gets you completely pissed. At every party I’d always be bringing along Budweiser, Stella, Corona, Bud Light, MGD and enjoying the party and and the ride. 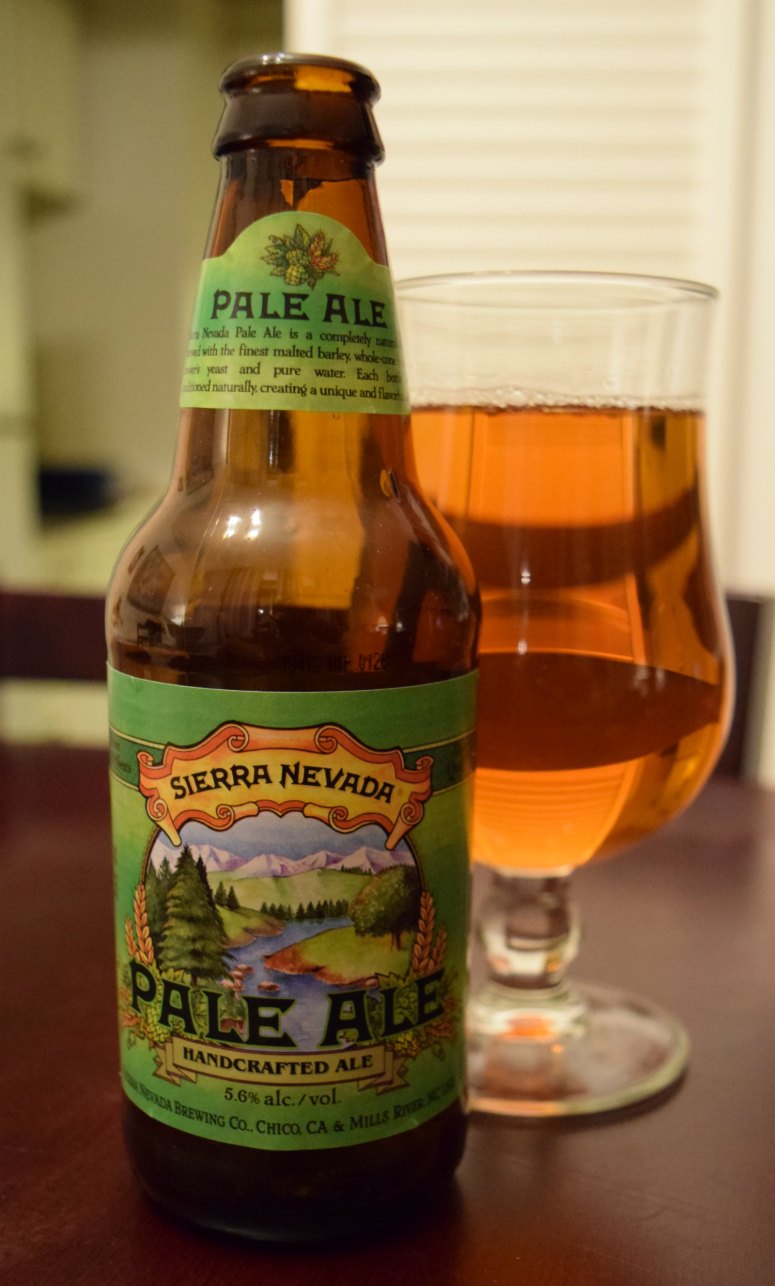 At majority of these parties I would encounter another acquaintance, the roommate of my friend whom handed me the Corona. This accquaintamce would always bring a six pack of this green colorful labeled beer. The artwork looked intriguing but at the time my interest was in alcohol not the look of a beer. He would always offer it to me but I just wanted to stick with my Budweiser and get wasted, as most teenagers and young adolescents do. After many offers I finally decided to try this very colorful looking beer and with one taste I was flying in the clouds. “Why did I torture myself for all those years?” I thought to myself, “Is this what beer should taste like?” That colourful labelled beer was a Sierra Nevada Pale Ale, and that was indeed my Eureka beer. Sierra Nevada being the first taste of craft beer was the one beer that really sold it for me. It actually revealed to me what a beer should look, smell and taste like and that beer drinking wasn’t just an occasion to get pissed at a party. Rather, it was a glorious occasion, in which to admire the artwork, savour the flavour, and kick back. A Eureka beer is what is known as first beer that sends someone into the world of craft beer, also known as the gateway beer. I am proud to say that mine was a Sierra Nevada although, yes, not the world’s best beer, but a worldwide favorite from Chico, California. From that point on my journey continued with Stone IPA, Anchor Steam Beer, Speakeasy Big Daddy IPA, Lagunitas IPA, Heretic Brewing Evil Twin and so on. And then I saw my wallet slowly empty out. And for several years I reverted back to boring old piss water beer.

With my university days behind me now, and my work days having arrived several years back, my wallet has increased in size and I could no longer fit it in my pocket. Thus, my first thought was I have to do something with it. So I decided to take a trip with my beloved, supporting wife (I say this because post-trip began a crazy fury of beer consumption, tasting, photos and note taking). We decided to travel somewhere close to Montreal, and I’ve always loved Chicago. I had decided on this trip I was going to enjoy some nice quality craft beer from Chicago and the Mid West. Upon our first day in Chicago we decided to head over to a restaurant called Baffo for dinner, part of Eatly Chicago, an amazing modern Italian market and a must go to if you ever travel to the windy city. When approached by the waiter with the drinks menu I immediately turned the page to the beer section and began scrolling. Having come from California and being separated from craft beer for so long, it all seemed alien to me. So, I asked the waiter his suggestion. I mentioned I liked Pale Ales and IPAs and so he suggested me a beer called Zombie Dust from a brewery just south of Chicago in Munster, Indiana, a neighbouring state. Without hesitation I agreed and I patiently waited for him to return with my first Mid-West experience of craft beer. However, little did I know it was going to be an experience that mystified and encapsulated me and this particular beer is considered one of the top 5 Pale Ales from North America.

When I received the beer the artwork was phenomenal, even more so because I’m a die-hard metal head (and so are the people running Three Floyds). The aroma was tantalizing, the colour was serene, and the flavour, well it was an intense explosion. If you’ve ever seen the Pixar film Ratatouille, recall the scene when Igor, the mean critic, tastes Remy’s ratatouille. He bites it ever so gently, just a little sliver and with it he sharply looks forward his pupils dilate an eruption occurs with his taste buds and immediately he is transported in an instant to a young boy being served ratatouille by his mother. That is what it felt like to drink a Three Floyds Zombie Dust, but of course I didn’t flash back to when my mother fed me beer because that would be morally wrong, right?. However, it did flash me back to a moment in time when in California I would enjoy beer that had flavour, and not to have a party, but to enjoy the amazing thing that is Craft Beer. And since that cold winter day in February of 2015, I really began my journey into Craft Beer, and it’s a train that keeps on rolling. Next stop eternity. Or you know old age, which is inevitable I guess.